The public should be aware of the fact that a single drone flying too close to an airport poses a tremendous threat to the surrounding air traffic and airplanes themselves. Eg. In December 2018, a small UAV completely shut down the Gatwick Airport for 3 days. With over £50 million in damages, Gatwick airport became the most known case of unauthorized air traffic disruption caused by drones. However, since then we witnessed countless other incidents demonstrating that even a small UAV can bring surrounding air traffic to a halt.

Even small drones can cause great threat to air traffic and halt air travel for a significant amount of time. Not even mentioning the risk of clash between a drone and an airplane itself.

Drones are used for carrying explosive substances due to their small size and ability to often fly undetectably to any point the perpetrator wants.

The airspace over Riga International Airport has been closed due to drone occurrence nearby.

Eagle.One autonomously guards airports and protects them from rogue drones

Eagle's advanced on-board sensors can easily detect intruder, follow it and even predict its movements

Eagle.One maximizes safety of every mission - intruders are being non-destructively captured and safely brought back onto the designated spot

Our drone hunter has been designed to work without any need of human interaction. On-board computer equipped with Intel Core i7 powers the most advanced AI in the field capable of not only tracking its target but also predicting its movement and performing the offensive maneuver.

By using non-destructive methods of eliminating targets, the rogue drone can be further analyzed after the mission.

Eagle.One uses on board computer with equipped artificial intelligence, which allows him to orientate itself in the airspace, detect intruder and catch it with any human intervention.

The ability to integrate our drone hunter with existing security system makes it the most versatile anti-drone solution. Our drone hunter can be also integrated into passive detection systems which might be necessary for many airport facilities.

Undercarriage of Eagle.One's body is a modular base which can be equipped with any of selected modules. The modules can be easily swapped making the drone hunter immediately ready for the next mission.

Eagle offers an Open API which allows for it to be easily integrated with existing infrastructure or management systems. 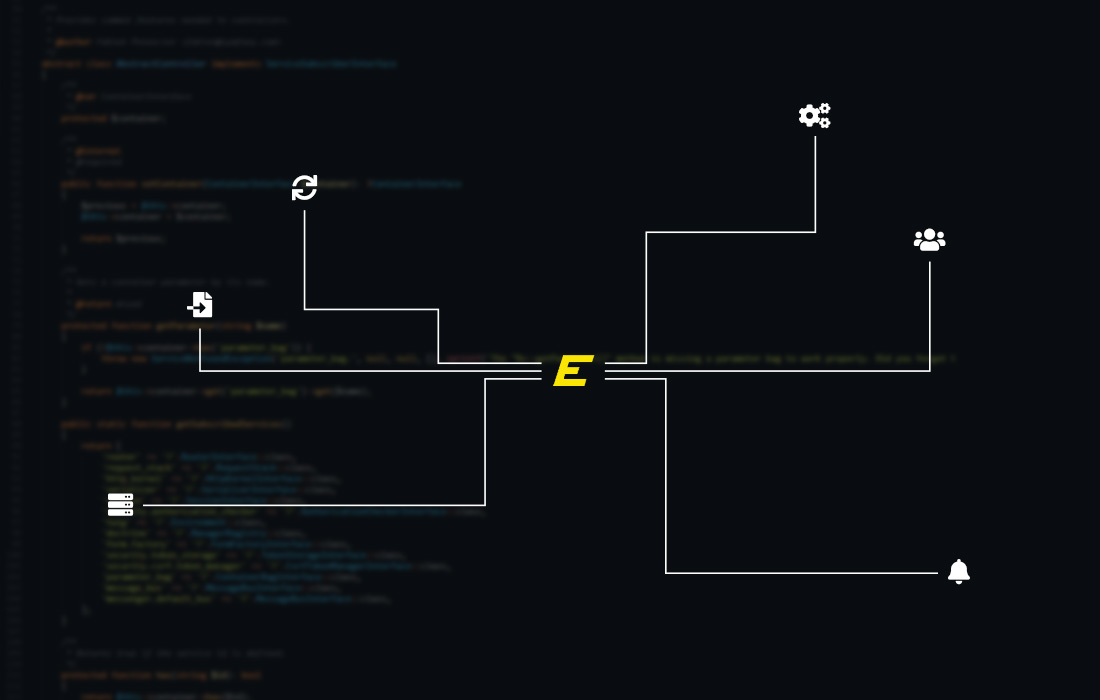 Eagle was specifically designed to be able to be paired with the most range of detection systems on the market.

Why our anti-drone solution

Eagle.One serves as a counter measure to the growing problem of rogue drones penetrating secure perimeters. Our drone hunter offers anti-drone solution even for areas with sensitive infrastructure (such as airports) where the conventional less effective solutions (such as jammers or shotguns) would not be feasible. With on-board parachute an advanced systems for resolving emergencies the overall safety of the mission is always a priority.